Kent’s Sporting Legends took place on Friday 2nd December at the University of Kent, Canterbury.  Over 300 people connected to sport in the county attended, including eight Great Britain representatives from the 2016 Rio Olympic and Paralympic Games. The event is aimed at celebrating the successes of past and present sports performers from across Kent, as well as highlighting the potential stars of the future.  We were proud to support the University again this year, having also been involved in organising the Kent’s Sporting Legends in 2012 and 2014.

The evening’s entertainment included a table tennis display from Rio Paralympic medallists and Kent FANS scheme ambassadors Will Bayley and Ross Wilson.  Also among the performers was the talented Ryan Taber, who took part in our Kent School Games Cultural Celebration in September, and trial bike rider James Sheridan from Shepway Sports Trust. Photos from the evening can be seen in the gallery below, courtesy of Tim Stubbings, Jim Higham and Christopher Campbell.  For more information on Kent’s Sporting Legends, including the event brochure, please visit the University of Kent Sport website. 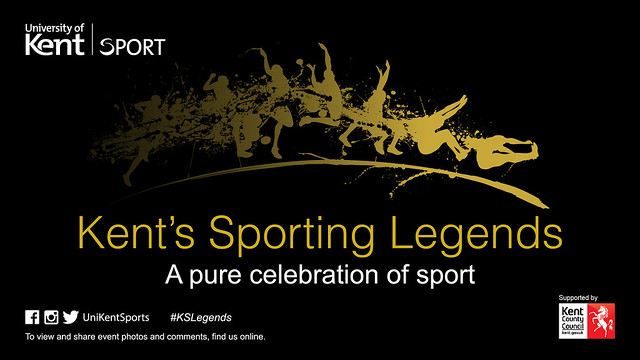